A riveting, deeply personal account of history in the making—from the president who inspired us to believe in the power of democracy

NAMED ONE OF THE BEST BOOKS OF THE YEAR BY The Washington Post • Jennifer Szalai, The New York Times • NPR • The Guardian • Marie Claire

In the stirring, highly anticipated first volume of his presidential memoirs, Barack Obama tells the story of his improbable odyssey from young man searching for his identity to leader of the free world, describing in strikingly personal detail both his political education and the landmark moments of the first term of his historic presidency—a time of dramatic transformation and turmoil.

Obama takes readers on a compelling journey from his earliest political aspirations to the pivotal Iowa caucus victory that demonstrated the power of grassroots activism to the watershed night of November 4, 2008, when he was elected 44th president of the United States, becoming the first African American to hold the nation’s highest office.

Reflecting on the presidency, he offers a unique and thoughtful exploration of both the awesome reach and the limits of presidential power, as well as singular insights into the dynamics of U.S. partisan politics and international diplomacy. Obama brings readers inside the Oval Office and the White House Situation Room, and to Moscow, Cairo, Beijing, and points beyond. We are privy to his thoughts as he assembles his cabinet, wrestles with a global financial crisis, takes the measure of Vladimir Putin, overcomes seemingly insurmountable odds to secure passage of the Affordable Care Act, clashes with generals about U.S. strategy in Afghanistan, tackles Wall Street reform, responds to the devastating Deepwater Horizon blowout, and authorizes Operation Neptune’s Spear, which leads to the death of Osama bin Laden.

A Promised Land is extraordinarily intimate and introspective—the story of one man’s bet with history, the faith of a community organizer tested on the world stage. Obama is candid about the balancing act of running for office as a Black American, bearing the expectations of a generation buoyed by messages of “hope and change,” and meeting the moral challenges of high-stakes decision-making. He is frank about the forces that opposed him at home and abroad, open about how living in the White House affected his wife and daughters, and unafraid to reveal self-doubt and disappointment. Yet he never wavers from his belief that inside the great, ongoing American experiment, progress is always possible.

This beautifully written and powerful book captures Barack Obama’s conviction that democracy is not a gift from on high but something founded on empathy and common understanding and built together, day by day. 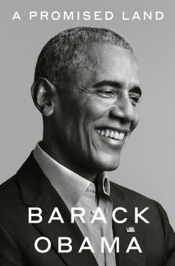 In the high-octane atmosphere of the Formula One pit lane, the spotlight is most often on the superstar drivers. And yet, without the technical knowledge, competitive determination and outright obsession from his garage of mechanics, no driver could possibly hope to claim a spot on the podium. These A Promised Land pdf books

From the physician behind the wildly popular NutritionFacts website, How Not to Die reveals the groundbreaking scientific evidence behind the only diet that can prevent and reverse many of the causes of disease-related death.The vast majority of premature deaths can be prevented through simple chang A Promised Land epub / PDF Books

"Just friends" is all Brooke and Dylan have ever been. (Except for that one night in high school, but they dont talk about that.) Growing up, he was her protector. Her confidant. The one guy she could always trust.Now shes a marine biologist working toward her PhD in California, and hes an u A Promised Land epub books

Greg Heffley and his family are getting out of town. With the cold weather and the stress of the approaching holiday season, the Heffleys decide to escape to a tropical island resort for some much-needed rest and relaxation. A few days in paradise should do wonders for Greg and his frazzled family. A Promised Land epub books

The gripping first installment in New York Times bestselling author Tahereh Mafis Shatter Me series.One touch is all it takes. One touch, and Juliette Ferrars can leave a fully grown man gasping for air. One touch, and she can kill.No one knows why Juliette has such incredible power. It feels like a A Promised Land epub books

#1 New York Times BestsellerOver 1 million copies soldIn this generation-defining self-help guide, a superstar blogger cuts through the crap to show us how to stop trying to be positive all the time so that we can truly become better, happier people.For decades, weve been told that positive thinking A Promised Land epub books

Stranded on Portsmouth Island, William Hill struggled to survive even as The Fever raced across the world leaving a scattered wasteland of the dead and dying in its wake. The news brought stories of storms and riots, of people starving while the government promised food.Two weeks before, life had ma A Promised Land epub books

At once intimate and literally operatic, it's everything I love about Katherine Addison's writing, in ways I didn't know to expect. I loved it. John Scalzi Katherine Addison returns to the glittering world she created for her beloved novel, The Goblin Emperor, in this stand-alone sequelWhen the youn A Promised Land pdf books

How could General Electricperhaps Americas most iconic corporationsuffer such a swift and sudden fall from grace? This is the definitive history of General Electrics epic decline, as told by the two Wall Street Journal reporters who covered its fall. Since its founding in 1892, GE has been more A Promised Land epub / PDF Books

A man, a former assassin, who is now in love, a man on his honeymoon, who vows to leave the killing behind him.That is, until someone sets their eyes on revenge and goes after his woman. Now someone is going to find out just what a Savage he really is.Savage Ending is the fourth and final book in th A Promised Land epub books