THE QUEEN OF SUSPENSE IS BACK! Mary Higgins Clark’s new novel—the thirtieth and most spine-chilling of her long career as America’s most beloved author of suspense fiction— is about the newest and most up-to-date of crimes: identity theft.

Who has not read about—or experienced—with a sinking feeling the fear that someone else out there may be using your credit cards, accessing your bank account, even stealing your identity.

In I ll Walk Alone, Alexandra “Zan” Moreland, a gifted, beautiful interior designer on the threshold of a successful Manhattan career, is terrified to discover that somebody is not only using her credit cards and manipulating her financial accounts to bankrupt her and destroy her reputation, but may also be impersonating her in a scheme that may involve the much more brutal crimes of kidnapping and murder. Zan is already haunted by the disappearance of her own son, Matthew, kidnapped in broad daylight two years ago in Central Park—a tragedy that has left her torn between hope and despair.

Now, on what would be Matthew’s fifth birthday, photos surface that seem to show Zan kidnapping her own child, followed by a chain of events that suggests somebody—but who? Zan asks herself desperately, and why?—has stolen her identity.

Hounded by the press, under investigation by the police, attacked by both her angry ex-husband and a vindictive business rival, Zan, wracked by fear and pain and sustained only by her belief, which nobody else shares, that Matthew is still alive, sets out to discover who is behind this cruel hoax.

What she does not realize is that with every step she takes toward the truth, she is putting herself— and those she loves most—in mortal danger from the person who has ingeniously plotted out her destruction.

Even Zan’s supporters, who include Alvirah Meehan, the lottery winner and amateur detective, and Father Aiden O’Brien, who thinks that Zan may have confessed to him a secret he cannot reveal, believe she may have kidnapped little Matthew. Zan herself begins to doubt her own sanity, until, in the kind of fast-paced explosive ending that is Mary Higgins Clark’s trademark, the pieces of the puzzle fall into place with an unexpected and shocking revelation.

Deeply satisfying, I’ll Walk Alone is Mary Higgins Clark at the top of her form. 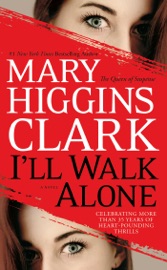 What do you want most in your life?Napoleon Hill describes thirteen steps to individual achievement revealed to him by self-made millionaire Andrew Carnegie. Hill devoted 25 years of research into the minds of Americas wealthy men who experienced rags-to-riches success. It has taken Hill a quarter o I'll Walk Alone epub books

NOW THE ACCLAIMED HBO SERIES GAME OF THRONESTHE MASTERPIECE THAT BECAME A CULTURAL PHENOMENON Winter is coming. Such is the stern motto of House Stark, the northernmost of the fiefdoms that owe allegiance to King Robert Baratheon in far-off Kings Landing. There Eddard Stark of Winterfell r I'll Walk Alone epub / PDF Books

New York Times bestselling author Karen Hawkins entrances with the story of a proud Highlander and the impulsive English minx who resolves that, one way or another, he will beThe Laired Who Loved Me.Handsome Alexander MacLean enjoyed his intoxicating flirtation with lovely Caitlyn Hurstuntil she emb I'll Walk Alone epub / PDF Books

From #1 New York Times bestselling author Jennifer L. Armentrout comes a new novel in her Blood and Ash series Is Love Stronger Than Vengeance?A BetrayalEverything Poppy has ever believed in is a lie, including the man she was falling in love with. Thrust among those who see her as a symbol of I'll Walk Alone epub / PDF Books

In a delightfully sexy and witty series, New York Times and USA TODAY bestselling author Karen Hawkins creates an unforgettable couple locked in a marriage that begins with a desperate feudand ends in seduction.Its hardly the type of wedding Fiona MacLean dreamed of. No family, no guests, just a gro I'll Walk Alone epub / PDF Books

WISTING: THE MAJOR TV SHOW NOW ON BBC FOURChief Inspector William Wisting is an experienced policeman who is familiar with the dark side of human nature. He lives in challenging times for the Norwegian police force, meeting them with integrity and humanity, and a fragile belief that he can play a pa I'll Walk Alone epub books

A family road trip is supposed to be a lot of fun . . . unless, of course, youre the Heffleys. The journey starts off full of promise, then quickly takes several wrong turns. Gas station bathrooms, crazed seagulls, a fender bender, and a runaway pignot exactly Greg Heffleys idea I'll Walk Alone epub / PDF Books