A leading authority examines the facts and fancies behind the Atlantis theme in history, science, and literature. Sources include the classical works from which Plato drew his proposal of the existence of an island continent, Sir Thomas More's Utopia, the Lemurian Continent theory, K. T. Frost's equation of Atlantis with Crete, and many other citations of Atlantis in both famous and lesser-known literature. Related legends are also recounted and refuted, and reports include accounts of actual expeditions searching for the sunken continent and attempts to prove its existence through comparative anatomy and zoology. 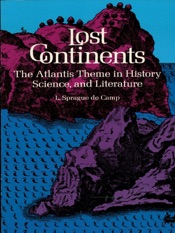