Sometimes the best offense is a good rebound...

Sometimes the best offense is a good rebound...

Adam McCarthy has had a really bad week. In addition to nearly losing his three brothers in a tragic boating accident, his now ex-girlfriend has double-crossed him right out of the successful computer company he founded in New York City. What he needs is a few days at home on Gansett Island to make sure his beloved brothers are safe and to get back in touch with what really matters—his family, his friends and the tiny island that soothes his battered soul. On the ferry ride home, he runs into an old family friend who's had her own share of heartache, and Adam helps her through some rough moments, sparking an unlikely alliance.

Abby Callahan has come home to Gansett, single once again after her relationship with Dr. Cal Maitland blows up in her face. After two epic failures in the game of love, she's decided this is going to be the summer she busts loose and finally has some fun—and she's shaking things up in a big way! The new Abby swears, drinks, gets a tattoo, sleeps around and generally does anything her kinder, gentler alter ego wouldn't have dreamed of doing.

Before too long, Adam has appointed himself her guardian and is determined that the only sleeping around she's doing is with him. That is… unless his brother Grant is willing to risk his newfound happiness with Stephanie to keep Adam from rebounding with his ex. And what happens when Adam and Abby realize their summer fling has taken a serious turn, especially when he gets the chance to return to New York and fight for the company that's rightfully his? Abby has already followed two men off the island. Does she have it in her to find out if the third time really is the charm?

Another wild summer on Gansett Island is under way, complete with new stories for many of your favorite couples from past books! You'll also see more of Dan and Kara, David and Daisy, and find out whether Carolina has made peace with her relationship with the much younger and very sexy Irishman, Seamus O'Grady. Ready? Set? Let's go back to Gansett Island!

Author's Note: While Waiting for Love is *more or less* intended to be a stand-alone story, you'll enjoy it so much more if you read the earlier books first:

“I LOVE LOVE LOVE every single little thing about Longing For Love!!! It was simply PERFECT!! I think that it is definitely my favorite of the series so far!! I love Blaine and Tiffany and I love how Marie Force wrote their relationship with such a mixture of love and laughter. I was sucked in immediately and I never wanted to leave!! Blaine *sigh* I never wanted Longing For Love to end and I found myself trying to read slower to prolong the story. I wasn't ready to leave Gansett Island!! Just an awesome book filled with romance, love, laughter, tears, conflict, a little angst, HOT SEX, more laughter and more tears~everything that I have come to expect and love from Marie Force and this series." BEST OF THE BEST rating.” —Belle's Book Bag 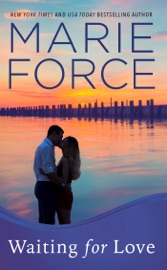 Movement is a vivid discovery, a fundamental and explicit teaching in which the return to basics takes on a whole new meaning. In it, author Gray Cook crosses the lines between rehabilitation, conditioning and fitness, providing a clear model and a common language under which fitness and rehabilitat Waiting for Love (Gansett Island Series, Book 8) epub books

INSTANT NEW YORK TIMES BESTSELLERA Science News favorite science book of 2019As you read these words, copies of you are being created.   Sean Carroll, theoretical physicist and one of this worlds most celebrated writers on science, rewrites the history of 20th century physics. Already hail Waiting for Love (Gansett Island Series, Book 8) epub books

Are you always nervous and awkward when surrounded by people? Do you find it difficult interacting with strangers and making meaningful conversations? Do you allow your fear of rejection stop you from having fun at parties, making friends, and leaving a long-lasting good impression? If your answer i Waiting for Love (Gansett Island Series, Book 8) pdf books

Marcus Aurelius was born in Rome in 121 AD and would become its Emperor from 161 to 180. Considered by Machiavelli as the last of the good Emperors, Marcus Aurelius would become one of the most important of the Stoic philosophers. The Meditations, which he wrote in Greek, are among the most notewort Waiting for Love (Gansett Island Series, Book 8) epub books

Bodyguard.Protector.Security Detail.I wasn't supposed to join the Marines and serve three tours. I'd been groomed to be another kind of warrior. Since I could walk, I'd been primed to take over the family business. Build the real estate empire bigger, ruthlessly fight my way to the topmake everyone Waiting for Love (Gansett Island Series, Book 8) pdf books

Lies, Deceit, Vengeance, Desire, and Hatewrapped up in a faade of all that sparkles and shines.A pretty face, a fetching smile, a fabulous gown, a flutter of lashes at just the right moment Miriam had been taught she must do all these things to land a wealthy husband. Much preferring the company of Waiting for Love (Gansett Island Series, Book 8) epub books